How to Detect Radiation

How to Detect Radiation

How to Detect Radiation safely. I’m sure you’re aware of the Fukushima Nuclear Plant in Japan that exploded and leaked nuclear radiation all over the Japanese Islands. It has unfortunately killed many local people in the area with lethal radiation exposure and is decimating sea life everywhere. They’ve recently dumped some of the radioactive water from the nuclear plant meltdown directly into the pacific ocean! Yikes! That’s why you need to know how to measure radiation with a Geiger Detector (also sometimes called a Geiger Detector, or Dosimeter.)

Radiation Exposure is a very serious matter, as it can damage your genes, cause cancers like leukemia and breast cancer, and can make you sick from the inside out. The thing is that you won’t know it at first, because radiation is not visible to the eyes, so you need to test for it to be sure. Radioactive Particles have already been detected in our food supply, particularly in our rain water, drinking water supplies, milk and beef and now even it’s contaminating our own Pacific Blue Fin Tuna!

Because of Fukushima Radiation our water supplies (oceanwater, sea water, lakes and even drinking water) is now contaminated. Particularly in the Pacific Ocean areas. In fact the Fukushima Japan Nuclear Plant is still polluting our waters as it is being allowed to be dumped in the the pacific ocean rather than clean it up. That is just plain sick.

You’ve got to know what you’re eating and drinking, and fortunately there are a few ways to easily test for radiation in your home, food and water supplies and even your office. The best natural substance that can rid the human body and protect your genes is natural zeolites. A periodic Zeolite Detox and taking Nascent Iodine can save your life from radiation exposure, heavy metal toxicity as well as protect you from harmful viruses and even malignant cancers.

Should you be concerned with rising levels of radiation in food and water? The radiation from Fukushima and other nuclear reactor leakage and spills are causing a mass die-off of pacific sea-life. It has showed up in our pacific bluefin tuna and other pacific seafood! Check your tuna, particularly the pacific varieties because it’s now 10 times the normal limit. Ouch! It is even being measured in some fruits and vegetables (they may be being watered with radioactive contaminated water.)

Livestock are eating the grass or grain products that have been contaminated by radioactive particles driven by the pacific ocean currents. These forces have deposited this Cesium 137, Iodine 131 and other types of nuclear radiation poisoning right into our local environment. You will want to test the levels in your food and water as excessive radiation levels can damage your DNA, cause infertility and cancer.

I would also recommend getting your own radiation removing water filter in your home as your tap water doesn’t remove it, and they actually add fluoride, another harmful chemical that lowers your IQ and weakens your immune system! It is probably the best way to help protect your family from things that sap your energy and your health!

Various governmental authorities have been measuring radiation safety levels across the planet, and in particular, in the pacific ocean. We’re not talking solar radiation but radiation from human created sources like nuclear and EMF radiation. Scientists from local universities have actually measured levels of toxic radiation in our food and water supply at levels already approaching the hazardous to human health. There really is no safe level of radiation.

Your body can only handle so much before your DNA becomes damaged, your organs start failing and you develop cancer. And they are growing more each day. Tepco, the Japanese nuclear energy commission even has a compensation fund available for those severely harmed by the accident.

I’d much rather be safe, than get deformed, have genetic damage, come down with cancer, or be a customer of Forest Lawn! Test it yourself and you’ll be a lot wiser than those who blindly follow what the talking heads are telling them.

The best way for you to be sure is to test it for yourself. Geiger Counters are easy to use Radiation Detectors that can help you see what is safe to not only eat or drink but to even be around! You do not need a lot of experience to do this. You only need to get your hands on a dosimeter (ionizing radiation tester) or Geiger counter which shows you the true levels of radiation in your water, foods, clothing or outside areas.

When you discover the true levels of radiation, then you can take the right measures to make sure the food you eat and the water you drink is safe to do so. Radiation sickness is no joke. It will damage your DNA and ability to reproduce, it 100% causes cancer, and can cause physical deformities if you don’t get radiation out of your body. Zeolite Powder is what has been used to clean up Chernobyl, Fukushima and other major radiation spill.

The best thing is to do whatever you can to keep yourself, your friends and family safe. When you do detect any radiation, verify if they are below safe levels for the type detected (in the manuals) and take action based upon the results. If it is discovered in any amount, I would immediately get some zeolite (the same natural remedy they use to clean up Chernobyl, Fukushima and nuclear radiation spills)  check out the links below to clean and detox this radiation from your body, foods and water:

Don’t just take “their” word for it – See the truth for yourself! Together we can clean up our planet and leave something for our children’s children for generations to come. 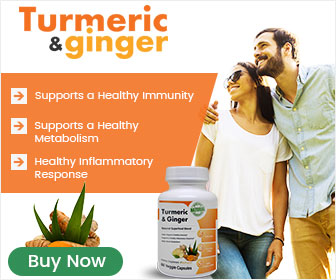 5 Foods to Avoid for Inflammation

What You Should Eat Instead

Heal Your Gut – Boost Your Immunity!